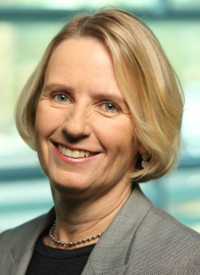 Psychological intervention can substantially lower fear of cancer recurrence (FCR) in survivors, improving their quality of life, anxiety, and cancer-specific distress, according to a phase II randomized clinical trial presented at the 2017 ASCO Annual Meeting.

Researchers from the University of Sydney evaluated the impact of a psychological intervention called Conquer Fear (CF). The primary endpoint was reduction in FCR immediately after intervention completion, with follow-up assessments at 3 and 6 months.

“We have improved survival of cancer, and now there is more focus on survivorship,” Jane Beith, MD, PhD, medical oncologist, University of Sydney, said during a presscast announcing the findings. “In particular, there is a focus on fear of cancer relapse, which is associated with poor quality of life, greater distress, lack of planning for the future, avoidance of associated screening, and greater healthcare utilization.”

“Fifty percent of all cancer survivors have moderate to high, or clinically significant, fear of cancer relapse,” she continued. “And, we know this can persist over the whole trajectory of their illness.”

Beith and colleagues randomly assigned a group of survivors (N = 222) of stage I-III breast cancer, colorectal cancer, or melanoma to either the CF arm (n = 121) or to the relaxation training (RT) control arm (n = 101). At the start of the study all survivors reported high FCR, were disease free, and had completed cancer treatment 2 months to 5 years prior.

Trained therapists delivered the CF intervention in five, 60- to 90-minute individual, face-to-face sessions over 10 weeks. The intervention focused on the following: accepting the inherent uncertainty of whether the cancer would come back; teaching strategies to control worry; giving survivors more control over where they place their attention; helping them focus on what they want to get out of life; and choosing a sensible level of cancer screening and sticking to it.

The Fear of Recurrence Inventory (FCRI)—a questionnaire with scores ranging from 0 to 168 (higher scores indicating worse FCR) — was used by researchers to measure the change. Survivors completed the FCRI questionnaire at baseline, immediately after the intervention, and at 3 and 6 months post-intervention.

Researchers found that both groups improved on all outcomes; however, survivors who had the CF intervention fared better at all time points than those who received RT.

In addition, the CF intervention had a greater positive effect on cancer-specific distress, such as constant thoughts about cancer; general distress like anxiety, depression, and stress; and quality of life when compared with RT.

“Medical oncologists focus on current symptoms. They don’t look into the future,” Beith said. “I think one thing we can learn from this study would be if the oncologist could just say to patients: ‘We know it’s normal to have a fear of recurrence.’ And maybe question them about that by doing a baseline survey to see what it is, and then that can actually be treated.”
Although CF has proven to be effective in the study, the authors said it is a time- and resource-intensive intervention. They suggested other ways to deliver psychological intervention such as in a group setting or via phone or online.

Don Dizon, MD, FACP, ASCO expert, associate professor at Harvard Medical School and clinical co-director of Gynecologic Oncology at the Massachusetts General Hospital Cancer Center, said, “Fear of recurrence is a real phenomenon, and it can last out to 6 years. There is importance of recognizing that and that we can do something about it. If we can’t do an intervention like Conquer Fear, we can tell our folks about something like relaxation techniques that can help them now.” Beith J, Thewes B, Turner J, et al. Long-term results of a phase II randomized controlled trial (RCT) of a psychological intervention (Conquer Fear) to reduce clinical levels of fear of cancer recurrence in breast, colorectal, and melanoma cancer survivors. J Clin Oncol. 2017;35 (suppl; abstr LBA10000).