Encouraging Findings on Quality of Life Among Ewing Sarcoma Survivors 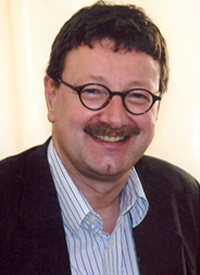 Ewing sarcoma appears to leave survivors with few long-term complications, according to results from a nonrandomized observational cohort study.

Ewing sarcoma is the second most common primary malignant bone tumor in childhood and adolescence, but thanks to developments in multimodal treatment, including systemic combination chemotherapy with surgery and/or radiotherapy for local control, survival rates have improved considerably over time—the current 5-year overall survival (OS) rate for localized disease is 65% to 75%.

Thanks to these new modalities, there is a growing population of young and middle-aged adult survivors with long life expectancies. However, many survivors have reported chronic sequelae after treatment requiring long-term follow-up of late effects, and there is little literature about survivors’ quality of life (QoL), functional results, and late morbidity.

Researchers concluded that survivors are largely free of physical limitations and there is little apparent difference between survivors and healthy people in terms of mental health.

“Compared to inferior physical measurements, we found only minimally reduced mental health, but overall it was comparable to that of the normal population,” coauthor Andreas Ranft, PhD, said in an interview with OncLive. “In this regard, it is a well-known paradox, that individuals with disabilities may see things more positively than an observer would before the occurrence of the disability.”

Ranft added that it’s possible that patients either learned to accept their disabilities or had developed effective workarounds, but that this study did not address that specific question.

“This was just a first important step to look behind what is going on a long time after surviving pediatric Ewing sarcoma,” he said. “Some results were surprising; mostly the good results compared to peer controls and the failure to derive prognostic factors based on the given treatment. Further studies are in planning that will deal with the potential psychological boost and the supposed response shift in survivors, and vocational issues, amongst others.”

To explore the long-term well-being, treatment-related burden, and health-related costs in survivors, Ranft and his colleagues surveyed 618 survivors and 489 age- and sex-matched controls. Median age at the time of the study was 29 years for survivors and 30 years for the control group.

Researchers assessed physical activity by the number of steps participants took each day as recorded on the SAM. Survivors took an average of 10,394 compared with 12,136 for the control group. On average, both groups reached the recommended level of daily activity. Neither survivors (24.4 minutes) nor controls (26.8 minutes) achieved the recommended 30 minutes of moderately intense regular daily activity.

Researchers noted that survivors had work-related problems. More than one-fifth of survivors (22.2%) reported being unemployed for at a least month in the previous 5 years compared with just 11.1% of the control group (OR = 2.3; P <.01). When employed, survivors also missed more working days, 16.5 days per year versus 4.9.

“There is definitely an impact on the economic situation as a result of higher absenteeism and unemployment rates,” Ranft said. “Most of these patients are young and hopefully have a long upcoming working life. It’s important to understand the mechanisms of the occurrence of vocational disadvantages to potentially minimize any negative impact on this important life domain.”

TESS describes limitations in routine daily activities and measures physical disability on a 100-point scale. Survivors had a mean score of 92.5 (range, 46.7-100) compared with 99.1 for the controls (range, 85.2-100). Only 12.4% of survivors had scores less than 80, which indicates major functional problems.

“These observed medium physical impairments without same-sized measurable mental representations may be related to the adjustment of expectations of living a satisfied life. Hence, survivors may adapt to their physical limitations through changing internal standards, a so-called response shift that results in normal QoL scores despite prolonged restrictions,” researchers wrote. “The disability paradox suggests that persons with disabilities may judge their situation more positively than would an observer or than they themselves might have judged before the occurrence of a severe disease. That more survivors carried a disability certificate than revealed by critical TESS scores is remarkable.” Ranft A, Seidel C, Hoffman C, et al. Quality of survivorship in a rare disease: clinicofunctional outcome and physical activity in an observational cohort study of 618 long-term survivors of Ewing sarcoma [published online March 29, 2017 ]. J Clin Oncol. doi:10.1200/JCO.2016.70.6226.