Many Women Not Up-to-Date on Their Cervical Cancer Screening 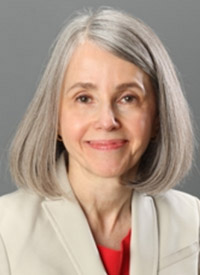 Many women within the recommended age for routine screening are not up to date on Pap tests. Even women who are approaching the age when they no longer need screening do not have an adequate prior screening history, according to Mary C. White, ScD, MPH.

The average woman at risk for cervical cancer ranges between 21 to 65 years old. When those women reach 65 or older, they are considered to be no longer at risk and can discontinue screening if they were consistently screened with negative results. However, women over 65 who did not meet adequate prior screening criteria are still recommended for screening.

In an analysis of the 2013 and 2015 National Health Interview Surveys, a proportion of women were examined between the ages of 41 to 70 years old without a hysterectomy who reported that they had never had a Pap test or their most recent test was more than 5 years previously.

“We found that an older woman who has not had her cervix surgically removed has the same or even higher risk of developing cervical cancer as she ages compared to a younger woman,” explains White.

“It's important to reach out to women who have not had a hysterectomy and who have not been screened for many years, including many older women, to prevent cases of and deaths from cervical cancer,” states White.

In an interview with Oncology Nursing News, White, an epidemiologist at the Centers for Disease Control and Prevention (CDC), discussed the unmet needs near and after the stopping age for cervical cancer screening.

Oncology Nursing News: Can you provide an overview of this research and the rationale behind it?
White: The CDC collects surveillance data both in terms of cancer incidence and health behaviors, such as screening. In this study, we used data from 2 federal cancer registry programs to examine how cervical cancer risk changes with age, after excluding women who have had a hysterectomy. Hysterectomy typically includes the removal of the cervix, meaning they are no longer at risk for cervical cancer.

We also looked at data from a federal national health survey to examine a proportion of women who have either never been tested for cervical cancer or had not been tested in the last 5 years.

What were the most significant findings from this research?
Looking at the data on cervical cancer incidence, once we’ve adjusted the denominator by removing the estimated number of women who, at different ages, have already undergone a hysterectomy, we were able to discover what the adjusted cancer incidence was.

We found that an older woman who has not had her cervix surgically removed has the same or even higher risk of developing cervical cancer as she ages compared to a younger woman.

We also found that a substantial number of women approach this stopping age for screening who have not been screened for many years. The current recommendation states that women aged 65 and over and not otherwise at special risk can skip Pap tests, but only if they have had 3 consecutive negative Pap screening tests or 2 consecutive negative co-tests over the past 10 years, with the most recent test done within the last 5 years.

This research is showing that a substantial number of women reach that age without an adequate screening history.

Are there any next steps following this research?
No woman in this country should die from cervical cancer, so this study is particularly looking at older women past their childbearing years. We want to clarify that those women still need to be screened and they don't need to be seeing a gynecologist to be screened. Pap tests can be performed by primary care providers or internists. A woman needs to understand her history and regardless of her age, talk to her healthcare provider about whether it’s time for her to be screened or if screening would be a benefit for her.

What are the main challenges with this issue that you would like to see addressed?
There are probably a multitude of factors that may be explaining why some women are not being screened as recommended and those factors probably vary depending on the woman. These messages about screening recommendations—women need to understand that they're screening history is important. They need to remain up to date with their screening for cervical cancer and if they have any questions about whether or not they need to be screened, these are conversations they could be having with their primary care provider.

Why do you think that women who should be screened do not get screened routinely?
This brief report wasn’t able to examine issues like why women were not being screened. There is already a fair amount of research that has been conducted that explains some of the reasons women don’t get screened, including not having access to care, having no usual source of care, or having more urgent demands on their health condition.

There may be issues related to education, poverty, lower socioeconomic status, or even cultural issues. The CDC is undertaking a study to understand why women are not getting screened, which is currently ongoing. What my colleagues are doing is contacting women who have had cervical cancer to determine if they had been screened and if not, why.

This is certainly an area that there is a gap in the research and more could be done to understand some of the factors that maybe explaining why women are not being screened.

Is there anything else physicians should be doing to encourage patients to be screened?
The standard recommendation is that women need to have a conversation with their healthcare providers. With regard to cervical cancer screening, that's a conversation that would include a clarification that women remain at risk if they haven’t had a hysterectomy as they grow older, an explanation about their screening history, and whether or not it’s time to be screened again. Healthcare systems can offer physicians prompts to tell them that it’s time for a woman to be screened based on her history. White MC, Shoemaker ML, Benard VB. Cervical cancer screening and incidence by age: unmet needs near and after the stopping age for screening [published online April 26, 2017]. Am J Prev Med. 2017. doi:10.1016/j.amepre.2017.02.024.