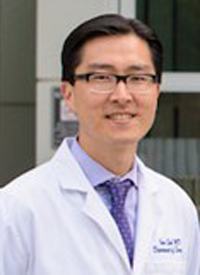 The US Preventive Services Task Force announced that it recommends against screening for thyroid cancer in asymptomatic adults.

The task force said that while the incidence of thyroid cancer detection has increased by 4.5% per year over the past 10 years, there has not been a corresponding improvement in the disease-specific mortality rate. The American Cancer Society says the death rate from thyroid cancer is low—0.5% from 2010 to 2014—and has remained relatively stable.

“There’s no reason to suddenly be recommending a brand-new screening strategy for the American population,” Insoo Suh, MD, an endocrine surgeon at UCSF Medical Center specializing in diseases of the thyroid, parathyroid and adrenal gland, said in an interview with OncLive.

The task force “determined that the magnitude of benefit can be bounded as no greater than small, based on the relative rarity of thyroid cancer, the apparent lack of difference in outcomes between patients who are treated versus only monitored (ie, for the most common tumor types), and the observational evidence demonstrating no change in mortality over time after introduction of a population-based screening program.”

USPSTF found little direct evidence on the harms of overdiagnosis and overtreatment from a mass screening program, but concluded that harms would be “at least moderate,” and were likely to be “substantial.”

“How would I summarize the effect of thyroid cancer screening? Massive overdiagnosis with no change in mortality,” said H. Gilbert Welch, MD, a professor of medicine, community and family medicine at The Dartmouth Institute who has written extensively about the dangers of over-screening. He wrote an editorial in the Journal of the American Medical Association accompanying the task force’s announcement.

Welch wrote that there is little, if any, evidence that mass screening reduced mortality in thyroid cancer despite aggressive treatment. According to results collected in the SEER database, as of 2013, more than 80% of patients with newly diagnosed thyroid cancer underwent total thyroidectomy and subsequently required lifelong thyroid replacement therapy and nearly half received some form of radiation.

There is no mass screening program in the United States, so the task force’s recommendation does not change current practice. Suh told OncLive that there is “recent and pretty damning” evidence against routine screening.

“The general ways that people would hypothetically start a screening program would be physical exam and neck ultrasound to find any thyroid nodules that are worth biopsying,” he said. “That type of program has already been tested in South Korea and found to be associated with far more negatives than positives.”

South Korea has had an organized cancer screening program since 1999. Studies show that while the incidence of thyroid cancer in 2011 was more than 15 times greater than it was in 1993, disease-specific mortality remained stable.

The recommendation applies only to asymptomatic adults. The task force recommends screening for those with difficulty swallowing or lumps, swelling, or asymmetry of the neck. People with increased risk for thyroid cancer because of a history of exposure to ionizing radiation; those persons with a diet low in iodine; an inherited genetic syndrome associated with thyroid cancer such, as familial adenomatous polyposis; or a first-degree relative with a history of thyroid cancer should also undergo screening.

Mara Y. Roth, MD, assistant professor of medicine at the University of Washington School of Medicine and director of the endocrine tumor program at Seattle Cancer Care Alliance, noted that this new recommendation is substantially unchanged from 1996. She called the ultrasound guidelines “absolutely appropriate,” but does see a role for regular neck palpitation.

USPSTF member C. Seth Landefeld, MD, chair of the department of medicine at University of Alabama School of Medicine, said the task force tries to review its recommendations every 5 to 10 years, but thyroid screening was moved to the back burner because little has changed in the field. However, decades of increasing incidence pushed the task force to revisit the guidelines.

“The incidence of thyroid cancer is going up in many developed countries. That raised the question, ‘Has anything changed? Is there any new evidence suggesting that screening might be beneficial?’” Landefeld said in an interview with OncLive. “We came to the same conclusion as before: screening would not extend people’s lives or help them live healthier lives.”

Light of Life Foundation, a nonprofit organization that has advocated for screening of asymptomatic adolescents and adults, did not return a voicemail message seeking comment.