Real-world data from patient-reported outcomes suggest that axicabtagene ciloleucel is associated with temporary worsening of quality of life with statistically and clinically significant improvements within 1-year postinfusion. 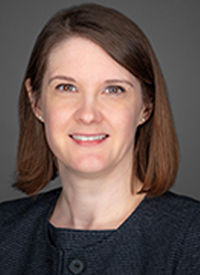 Real-world data from patient-reported outcomes (PROs) suggest that axicabtagene ciloleucel (axi-cel; Yescarta) is associated with temporary worsening of quality of life (QOL) with statistically and clinically significant improvements within 1-year postinfusion, according to findings presented in a poster presented at the 2022 ASH Annual Meeting.1

Investigators reported that at 1-year postinfusion with axi-cel global health scores were improved among patients aged 50 to 70 years compared with general population norms. At baseline these scores were matched. Further, physical functioning, role functioning, and social functioning were initially reported below normal for patients with cancer and either returned to or improved from baseline by day 360.1

In terms of symptomatology, investigators reported that adverse effects including fatigue, insomnia, appetite loss, and constipation improved significantly from baseline to day 360. Improvements were also observed in pain and financial problems; however, at day 180 these effects were worsened.1

“Real-world data suggest that axi-cel is associated with transient worsening of QOL and symptoms at day 14, with significant improvements thereafter in overall QOL and several functional and symptom domains in the year after treatment, said lead study author Heather S. L. Jim, PhD, said in a presentation of the data. “Notably, by 1 year after treatment participants reported overall QOL comparable to the general population.”

“Limited data exist regarding PROs of [chimeric antigen receptor] CAR T-cell therapies with no published longitudinal studies to our knowledge of patients treated as standard of care,” added Jim, who is coleader of the Health Outcomes and Behavior Program at H. Lee Moffitt Cancer Center and Research Institute in Tampa, Florida. “The goal of current study was to report of real-world changes in QOL and symptoms in the first year after treatment with axi-cel.”

“Higher scores on the QOL subscales indicate better QOL and higher scores on the symptom items indicate greater symptomatology,” Lim explained. Clinically meaningful change was defined as a difference of 10 points and scores were compared with normative data from the general population and patients with advanced cancer.2

The analysis included 53 patients with a mean age of 63.23 years (SD, 12.76). Most patients were White (94%) and 20 were women. Eligible patients were English speaking adults who were scheduled to receive axi-cel as standard of care at Moffit Cancer Center for FDA-approved indications. Most patients had diffuse large B cell lymphoma (n = 36), transformed follicular lymphoma (n = 7), or follicular lymphoma (n = 7). Patients had no documented or observable psychiatric or neurological diagnoses that interfere with study participation and were able to provide informed consent.1

“Participants were identified through clinical schedules and tumor boards in consultation with the treating oncologist they were recruited between March 2020 and June 2022,” Lim added.

As a point of comparison with previously published data from the phase 1/2 ZUMA-1 study (NCT02348216), investigators highlighted that 64% of patients would have been eligible for enrollment in the trial.3

Jim concluded by noting that data collected at later timepoints may have been influenced by subsequent treatments or other heath conditions for some patients.