Educating the Community While Helping Patients With Cancer 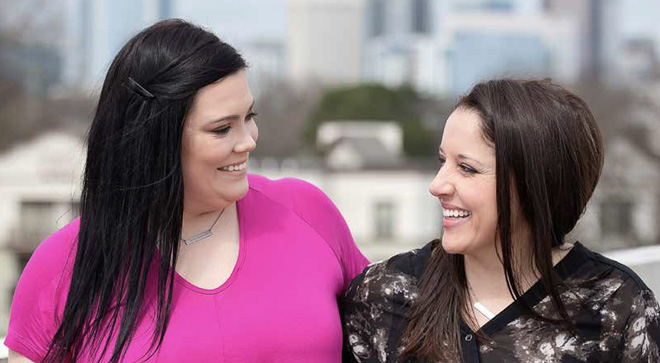 
For the few people who never had cancer touch their lives, they may not know how the disease can affect patients and their families. For those who are going through treatment themselves, they may be in need of a pick-me-up from the community.

Harding Cranford, RN, OCN, an oncology nurse at the Levine Cancer Institute, merged those two needs through her “Bravery Bag” program. In an interview with Oncology Nursing News, Cranford, who was also recognized in volume 13 of  CURE’s “Extraordinary Healers,”, discusses how the program started, and how other oncology nurses can start to foster hospital-community relationships for the greater good.

Oncology Nursing News: How did you get into the field of oncology nursing?

Cranford: I was actually a public school teacher for 9 years. Then I felt a calling, for a lack of a better explanation, to nursing. So, I went back to school. While I was in nursing school, I got lucky and landed a job as a tech in the hospital, and it just happened to be on the oncology floor. So, when I graduated nursing school, they hired me as a nurse, and I've stayed there. It's never somewhere I thought I would want to nurse, that realm of nursing. I've always wanted to deliver babies or take care of kids, like I think every nurse does.

I started as a nursing aid and then just got hired as a nurse and have stayed in the field since.

People often tell oncology nurses that their job must be so depressing. What would be your response to people who say comments like that?

I [am told that] all the time. I'll be honest, I think that there is a lot of truth to that. There are depressing days, and depressing cases that you deal with. But I think the opposite is also true. There are a lot of joyful days, and I think there are a lot of things to celebrate as well. It depends on perspective. You can find things to celebrate, even if it's the little things for one patient for one day, like if they have their labs drawn and they don't have to receive blood or their labs are good enough to get chemo treatment, then you can celebrate that. It's truly like a one-day-at-a-time field.

When somebody says that to me, I tell them that it is difficult, but we see a lot of good things, too. It's all about the way you look at it.

Speaking of improving people's days, you started a program called Bravery Bags. Can you give a little background on the project?

I took care of a [leukemia] patient and he came in for his first chemo treatment and he was nervous and scared and a little bit angry at life and the situation.

I took care of him for his first treatment and we bonded. We had been through very different life experiences and we had very different backgrounds, but it was interesting because we immediately clicked, and I think that's the cool thing about these patients -- they all experience similar emotions: fear, denial, anger, and happiness when things do go well.

I continued to take care of him over the years and so I got to know about his story and his life. He had the roughest upbringing ever. He was a foster child, in and out of foster homes. He went into the Army at 18 and became an Army Ranger. He was divorced and his son passed away before he did. It was just one thing after another, but he was so brave throughout the whole treatment course. Even when bad things were happening, like when his chemo wasn't working, or he got bad lab results or when his son passed away while he was getting treatment, Chris remained brave. He stayed somewhat positive, and everybody has their off days, but he remained appreciative and so grateful for everybody who took care of him and how they treated him.

One day, I was thinking, “I want to do something to give these patients some encouragement and let them know that people outside of this place are thinking about them and are inspired by them.” I don't think a lot of the public understands what patients go through. Some of our hematology patients are there 2 or 3 times a week, getting labs drawn, and poked and prodded, and they're in pain.

So bravery bags was a 2-fold purpose. I wanted to encourage the patients and let them know that people outside of the facility were thinking of them, and then I also used it as a way to educate people who weren't familiar with cancer and the treatments that patients go through. It's been eye-opening for them, I think, because they've learned how much our patients go through.

What kind of advice would you give to another oncology nurse who wants to start a program like this, or go above and beyond, as you did, to help patients and the overall community?

Follow your gut. I had this idea in the back of my head for several months, and I pushed it aside and thought, “     Oh that can't happen. This is going to be too much work. You're too sensitive. These people are OK.” Then finally I thought that I just had to follow through with this. So that's my first piece of advice: follow your gut. If there's something you want to do to help somebody or extend kindness, do it. Don't worry about it being too tough or what people will think.

I would also say start small. We began by matching someone outside the hospital to a patient. We didn't give any patient identifiers or anything like that, but I would tell a friend or a family member, “Hey I have a patient who is in her 30s and she has children and she is really having a hard time because she's inpatient getting a bone marrow transplant.” And one of my friends or family members would make a bag for her. So, we started small by matching donors to recipients. Instead of trying to start with 200 bags, we started just with a handful and it grew from there.

How has the program grown since you first started it?

It started small with a few person-to-person matches. Then it turned into people saying their church wanted to do 20 bags or their family wanted to do 10 bags. It grew into large portions and giving people a large number of bags. We've had some church groups do 50 at a time. Other groups have done 30. There are also patients who graduated, per say, and gone into remission and reach out and create bags or mail me things to put in the bags, including notes about their own experience and what they went through and what encouraged them. Now there are people in New York and California who ship boxes full of stuff for bags. Before Chris passed away, I was able to tell him that more than 100 bags have been handed out, and it was all inspired by him. It's pretty inspiring.

Can you talk about the importance of community in the cancer space and how oncology nurses can help facilitate that, as you did with Bravery Bags?

If you had a family member or a friend go through the [cancer] experience, then you do know what they endure and what they have to put up with on a day-to-day basis, including the emotional and the physical toll. But I think a lot of people don't understand that, so the community getting involved is basically how people can become more empathetic to the patients’ experience of what they and their families go through.

I see that as my job, to educate the public and to educate donors who create the bags. I explain what the patient is going through and what they can use to just help them feel better or brighten their day a little.

Get to the Root of Cancer Disparities
By: Brittany Lovely
External Resources