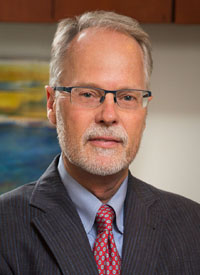 Studies suggest that insomnia affects approximately 30% of all breast cancer survivors, and these women may find relief from their sleepless nights in an unexpected place: practicing the traditional Chinese exercise known as tai chi.

The researchers concluded that TCC is just as effective as CBT-I: “Breast cancer survivors often don’t just come to physicians with insomnia. They have insomnia, fatigue, and depression,” Michael Irwin, MD, a professor of psychiatry at UCLA and lead author on the study, explained in a statement.

“This intervention, tai chi, impacted all those outcomes in a similar way, with benefits that were as robust as the gold standard treatment for insomnia.”

The study recruited 90 patients from the Los Angeles area from April 2008 to July 2012 and evenly assigned them to either weekly TCC or CBT-I sessions. The participants ranged in age from 42 to 83 years. All patients reported troubled sleeping 3 or more times a week. In addition, they had completed treatment with surgery, radiation, and/or chemotherapy at least 6 months before the study, and showed no evidence of cancer recurrence or new primary tumor.

Patients were evaluated at intervals through the treatment, as well as immediately posttreatment and in the follow-up, to determine if they were still experiencing symptoms of insomnia, as well as fatigue and depression. These evaluations were based on the Pittsburgh Sleep Quality Index as well as clinician-assessed outcomes.

Researchers reported that nearly half of the patients in both the TCC and CBT-I groups “continued to show robust, clinically significant improvement in their insomnia symptoms” at 15 months. TCC showed slightly better improvement—46.7% versus 43.7% in the CBT-I group.

Irwin added that many of the patients from the TCC group continued to practice the exercise on their own after the study had concluded.
In a study released in 2014, also conducted by Irwin and colleagues, tai chi reduced inflammation—a commonly seen side effect after treatment—in breast cancer survivors. The authors on this study found that tai chi relaxed the body to a certain point that helped in reducing inflammation. The form of exercise can also improve muscle strength, flexibility, and balance.

Irwin noted that although cognitive behavioral therapy treats insomnia, it has 2 limitations: the therapy can be too expensive for some people, and there is a shortage of trained professionals in the field.

“Because of those limitations, we need community-based interventions like tai chi,” said Irwin.

He added that there are free or low-cost tai chi classes offered at libraries, community centers, or outdoors in parks. For those people who prefer to exercise by themselves, there are instructional videos that can be accessed on YouTube and via smartphone apps. Irwin MR, Olmstead R, Carrillo C, et al. Tai chi chih compared with cognitive behavioral therapy for the treatment of insomnia in survivors of breast cancer: a randomized, partially blinded, noninferiority trial [published online ahead of print May 10, 2017]. J Clin Oncol.

ICYMI: A Rundown of the 5 Latest FDA Approvals
By: Brielle Benyon
External Resources