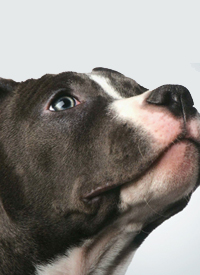 The American Cancer Society estimates that cachexia is the immediate cause of death in 20% to 40% of patients with cancer, and a new drug being tested in dogs is showing some promise.

Cachexia often occurs in patients in advanced stages of the disease. Although, it is commonly seen in patients with pancreatic and gastric cancer, it can also be seen in those with lung, esophageal, colorectal and head and neck cancer.

Researchers at the University of Missouri, in partnership with Tensive Controls, Inc, developed a drug that has been tested in 3 canine patients so far, and they are actively recruiting more dogs.

“Our goal is to prove that this therapy works in improving the lives of dogs with naturally occurring cachexia and then hopefully move this on into people with cachexia, which is very devastating in people with cancer,” Sandra Bechtel, DVM, DACVIM-Oncology, associate professor of medical oncology and principal investigator, said in an interview with Oncology Nursing News.

Cachexia causes an increase in immunological activity and that reduces substances in the body called cytokines, or small secreted proteins released by cells that have a specific effect on the interactions and communications between cells. The cytokines increase melanocortin activity in the brain, which increases metabolic rate and decreases appetite.

The drug that Kenneth Gruber, PhD, adjunct professor in the Department of Medical Pharmacology and Physiology and president and founder of Tensive Controls, Inc, and his team created can cross the blood-brain barrier, which prevents materials from the blood from entering the brain, and inhibits overstimulation of the melanocortin system.

“Our drug addresses the increase in melanocortin activity by being a melanocortin system antagonist,” said Gruber. “It gets into the brain and normalizes melanocortin system activity so that the body cannot only decrease the burning effect of high metabolic rate on lean body mass, but also increases appetite, so we can restore the normal condition of the animal even though the animal still has the underlying disease.”

In this study, none of the 3 dogs have cancer, but they all have disease that caused wasting, lethargy, and decrease in appetite.

After receiving the drug, researchers reported seeing an increase in appetite, weight gain, and body condition scores. In addition, the dogs started doing things their owners had reported they hadn’t done in a long time. For instance, one dog started to chase horses again, and another seemed brighter and more active around the home.

Currently, the only side effect seen was coat changes: two dogs had a fluffier, darker-tone coat than they did prior to treatment.

Gruber noted that dogs are a great model for humans.

“They have evolved with us over 10,000 years. They develop many of the same diseases as humans because they live with us, and diseases that we have acquired in the last 10,000 years usually show up in dogs,” he said. “A lot of drugs for cancer or other diseases are not often tested in large animals because you need to have a disease state. A lot of times you get small animal disease states to validate your efficacy, and then jump into a human trial and the success rate in that is not very good.”

The plan now is to continue enrolling dogs with naturally occurring cachexia to get data on safety and efficacy of the drug. If it continues to show promising results that can be provided to the FDA, Gruber said there could likely be testing of this drug in humans within the next 2 to 3 years.

“My focus in cancer therapy is always quality of life, even if I am using chemotherapy or radiation therapy, I want my canine patients to feel good through the duration of treatment,” Bechtel said. “So, this trial lines up nicely with what my goals are because it’s a trial with emphasis on quality of life.”